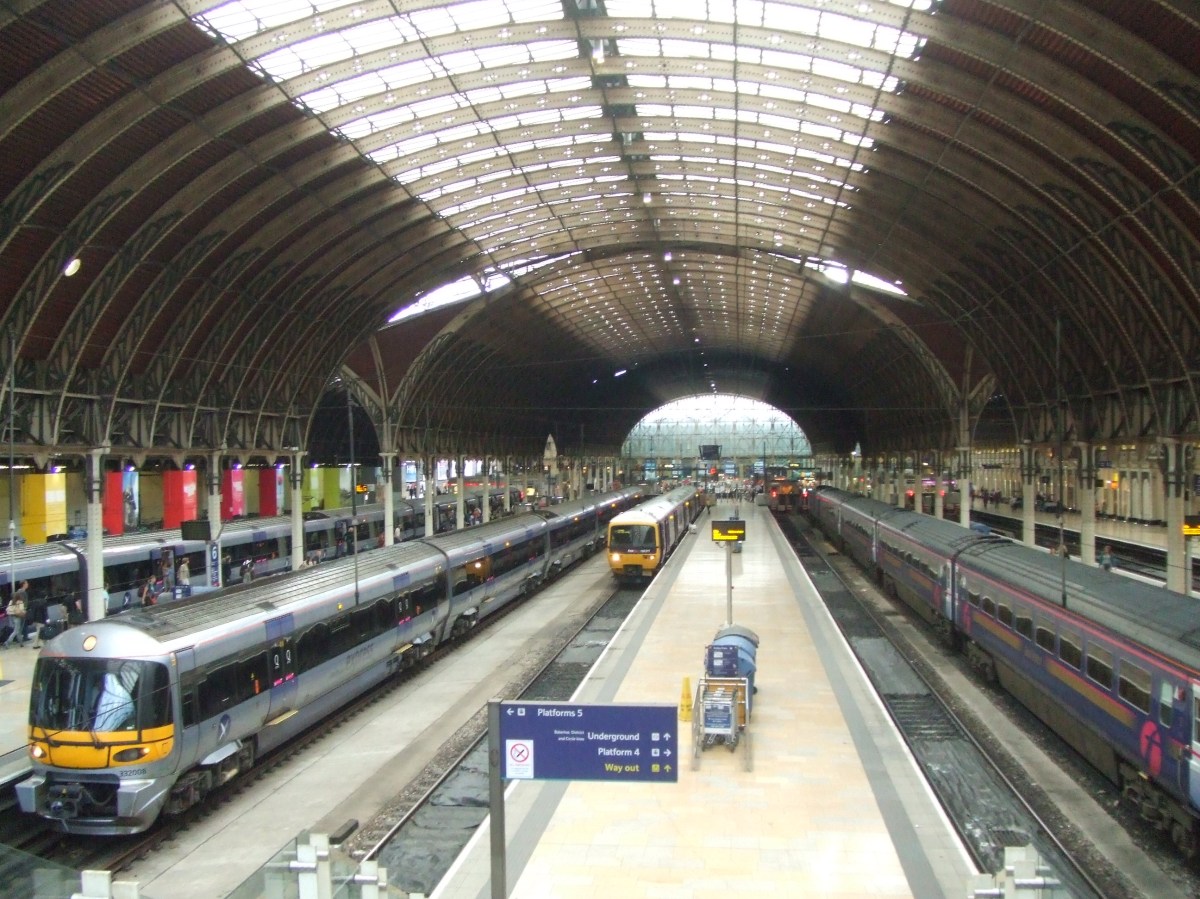 So far I’ve spread my top 10 list between different types of structure including a bridge, a club house, a ship and an opera house with an appended iron and glass hall.

In this post I will cover one of the two remaining structures not included in my Twitter poll before Christmas. It will be the only railway station in my 10 favourites.

But why did I choose it as I actually like many Victorian stations? Because it was distinctive and connects strongly with Isambard Kingdom Brunel‘s Great Western Railway.

Paddington Station may be better known for the eponymous teddy bear in the story and movies. It was a station I came to know well after I started university at Bristol, where the Great Western Railway began originally in the 19th Century.

Brunel wanted something magnificent and cutting-edge to establish his railway as THE gateway to the West of England and in deed to his superb transatlantic steamships docked in Bristol Port.

Another connection I describe in the book and is in my list of favourites, is the Crystal Palace. Like that vast structure, Paddington had a huge iron and glass roof that survives to this day. Brunel was involved with both. Passengers can still take Great Western trains to Bath, Bristol, the South West and South Wales.

I've been blogging since 2012 under different guises and on a range of topics mainly linked to education, but more recently focusing on the history of civil engineering and architecture as well as writing more generally. I have written a book on the 19th-century Brunel and Barry families of successful architects and civil engineers who built the Houses of Parliament, Tower Bridge, Paddington Station and the Royal Opera House in London and the Clifton Suspension Bridge in Bristol. www.buildingpassions.co.uk View all posts by Nick von Behr